Meghan Markle opened up to pal Mindy Kaling about people’s comments that she was ‘lucky’ to be chosen by Prince Harry. 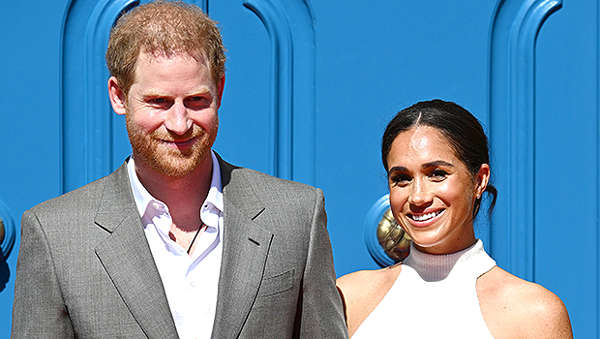 Meghan Markle, 41, shared how she feels about the public’s comments that she was “lucky” husband Prince Harry, 37,  “chose her” while chatting with Mindy Kaling, 43. The women were discussing Mindy’s 2015 memoir Why Not Me?, which unpacked the similar sentiment of being “chosen” — which the Duchess empathized with, per PEOPLE. “When I started dating my husband, we became engaged and everyone was just like, ‘Oh my god, you’re so lucky! He chose you!’” she said about her marriage on the Sept. 6 episode of her podcast Archetypes with Meghan.

But the former senior member of the royal family also told Mindy that her husband was “countering” that public narrative. “And at a certain point, after you hear it a million times over, you’re like, ‘Well, I chose him too,’ ” she said. “But thankfully, I have a partner who was countering that narrative for me and going, ‘They’ve got it all wrong. I’m the lucky one, ’cause you chose me.’” And despite Harry’s public devotion to his wife, the comments about his choosing her still had an emotional effect on Meghan. She added that that notion, “feeds into this idea that you’re waiting for someone to tell you that you’re good enough, as opposed to knowing that you’re good enough on your own.” The mom-of-two also told Mindy that people calling her “lucky” is a phrase that is “gendered and it’s archetyped and it’s stereotyped.”

And although many people may think that Meghan is “lucky” her loving husband, Harry, has set the record straight that he is just as in love with Meghan as she is with him. “I had always wanted to share these incredible moments with someone special, and to have Meg by my side means everything,” he said to PEOPLE back in April. Can we say, a couple of goals?!

Both Harry and Meghan began dating over six years ago in July 2016, and by November 2017 they officially announced their engagement. The famous couple got married in May 2018 in a dream wedding at St. George’s Chapel at Windsor Castle. And by May 2019, The Duke and Duchess welcomed their first child together, Archie Mountbatten-Windsor. The proud parents then welcomed their daughter, Lilibet Mountbatten-Windsor, on June 4, 2021.