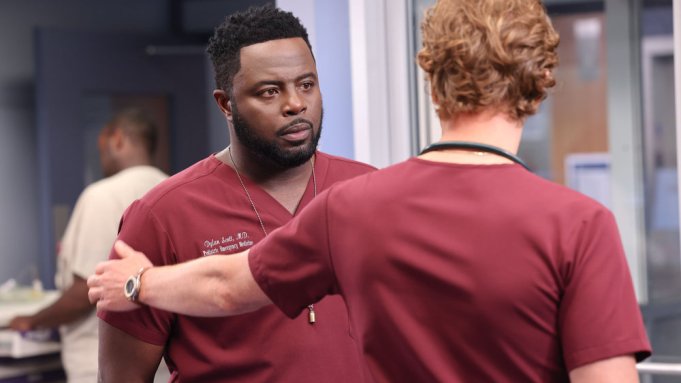 Toward the finish of the episode, Ethan Choi (played by Brian Tee) and watchers the same got a shock when he went over his previous love April (Yaya DaCosta) visiting his late dad’s grave.

This is whenever we’ve first seen April since DaCosta left the NBC series toward the finish of season 6, however Frolov and Schneider have now uncovered that this visit isn’t the last we’ll be seeing of her by the same token.

While addressing Cutoff time about whether April is back for good, Frolov answered: “We should simply say she’s returning and we will determine the Ethan/April relationship such that we trust will make you dance.” 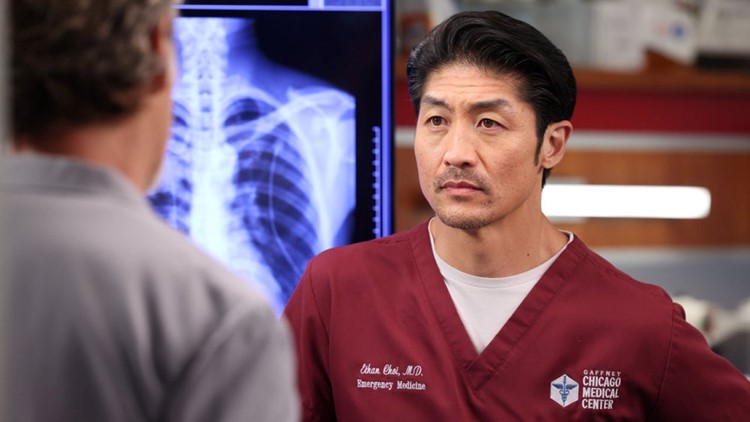 Chicago Med bosses break down surprising character return in season 8 premiere As for whether their time apart was needed in order to bring the pair closer together, Schneider added: “That’s exactly right. They both needed time to grow and change.”

April’s return was one of many cast reshufflings in season 8’s premiere episode, as we also said goodbye to Guy Lockard’s Dylan Scott and Sarah Rafferty’s Dr. Pamela Blake.

Speaking about whether Guy’s departure was always the plan, Frolov added: “Well, we came to the end of his story. We felt that we had told his story in the same way that we told Stevie’s (Kristen Hager) story.

“This was a tale about a specialist who ceaselessly had struggle with his set of experiences as a cop. What’s more, presently the demise of his better half leaves him truly stirred up and it put him on another way, an alternate way.”

This might not be the last we’ve seen of Dylan Scott, though, as Frolov also teased: “But as you’ve seen with April and some of our other characters, just because people go doesn’t mean they stay away.”

Season 8 of Chicago Med premiered on Wednesday, and it was certain to delight fans after a surprise appearance from Yaya DaCosta.

The actor, 39, portrayed ED nurse April Sexton on the show from seasons 1 to 6, also taking on the role in Chicago Fire and in crossovers with Chicago P.D.

DaCosta had left Chicago Med at the end of season 6, but season 8 has marked her return to the franchise, and showrunners Andrew Schneider and Diane Frolov have revealed what this means for the character’s future.

In the season 8 debut, DaCosta’s April returned when Dr. Ethan Choi (Brian Tee) went over her offering appreciation at his dad’s grave.

The exes were thoughtful with each other, examining how neither of them had hitched since heading out in different directions in season 6, and April said she currently functions as a medical caretaker professional in Chicago.

Schneider and Frolov have said that the season 8 debut won’t be the last time that fans see DaCosta’s personality on the show.

In an interview with TVLine, the showrunners said that DaCosta would be returning as April in Chicago Med, though they did not specify if she was returning as a regular cast member or just making guest appearances.

DaCosta led the show Our Kind of People after departing Chicago Med, but the show was canceled after one season. Schneider and Frolov said that the Fox show’s cancellation was not related to DaCosta’s return.

Schneider said: “That wasn’t why. It was an idea that we had last season to bring her back for Dr. Choi, and [DaCosta] was amenable to come back. It wasn’t like we were waiting for her series to get cancelled. The timing happened to work out well for us.”

Chicago Med bosses break down surprising character return in season 8 premiere Frolov added: “And she will be back in a couple more episodes. She will have a major storyline.”

At the point when asked when fans could anticipate that DaCosta should return on the show, Frolov said that she would be back in episode 5, while Schneider said that watchers’ inquiries regarding the person, incorporating her relationship with Ethan, will “be replied” in later episodes.

Pondering April’s development since turning into a medical caretaker specialist, Schneider said: “She’s truly unique. She’s developed, expertly and inwardly, and it truly praises the progressions that have happened in Ethan’s personal life.”