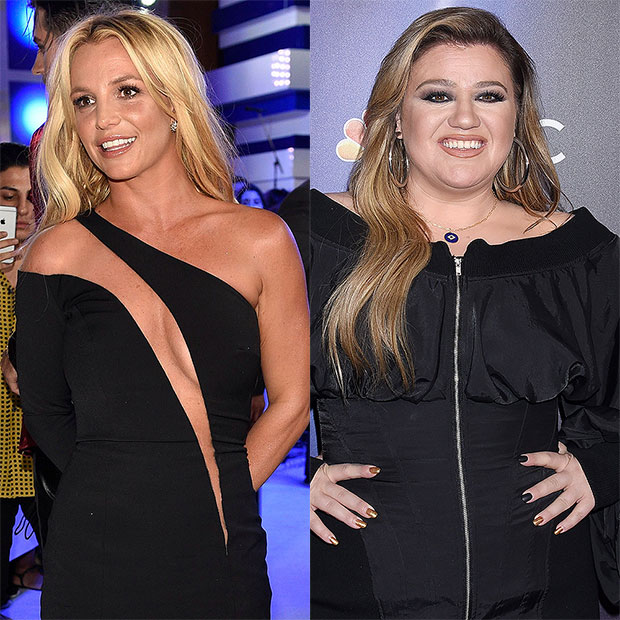 Britney Spears Calls Out Kelly Clarkson Over Resurfaced ‘Blackout’ Era Comments: ‘I Don’t Forget’ During Britney’s public breakdown in 2007, Kelly Clarkson thought the pop star was ‘screwing with everyone. Now, Britney is clapping back.

Britney Spears, 40, called out fellow pop star Kelly Clarkson, also 40, over an old interview, the American Idol winner gave back in 2007. At the time, Britney was going through the biggest public breakdown in her career as she navigated a divorce from ex-Kevin Federline, and dropped the critically acclaimed album Blackout — while Kelly was promoting her project My December. “Man, but wouldn’t it be funny if she’s just totally screwing with everyone?” Kelly, then 25, said on station Q100.

In particular, Britney drew criticism after shaving her head and hitting a paparazzi’s car with an umbrella, as well as driving with her younger son Jayden, now 15, on her lap. Amid Brit’s personal struggles, she dropped the Danja-produced single “Gimme More” along with a vastly different music video in which she played a black-haired stripper. The album also included the hits “Piece Of Me” and jams like “Toy Solider.” Notably, Britney did little public promotion for the project (aside from a panned performance at the 2007 MTV VMAs), which Kelly also pointed out.

“Cause it’d be really funny if she were like, ‘just kidding!’” Kelly went on to the hosts. “I mean, think about it. She’s done no press for her album, which I love by the way…She’s done no press, just gets so much press off all this other stuff,” the Texas native added. Notably, Britney’s legal conservatorship was put into place the following year by her father Jamie Spears — an arrangement that lasted for 13 years until it was finally terminated in Nov. 2021. Under the arrangement, the Kentwood, Louisiana native had no ability to make financial or medical decisions for herself.

15 years later, Britney took to Instagram to share a snippet from Kelly’s interview — seemingly calling out the now talk show host for her comments. “‘I don’t forget’ … don’t you just wish she would say she’s kidding ???” Britney wrote as she modeled a neon green top and dark green skirt while moving to “Mine” by Bazzi. “Clarkson … in a world where bullying has been heartbreaking, I’ve had my share …. Can we get an AWW ??? Pass … I’m not kidding … play on friends, play on !!!” she added. Kelly has yet to respond to Brit’s post.