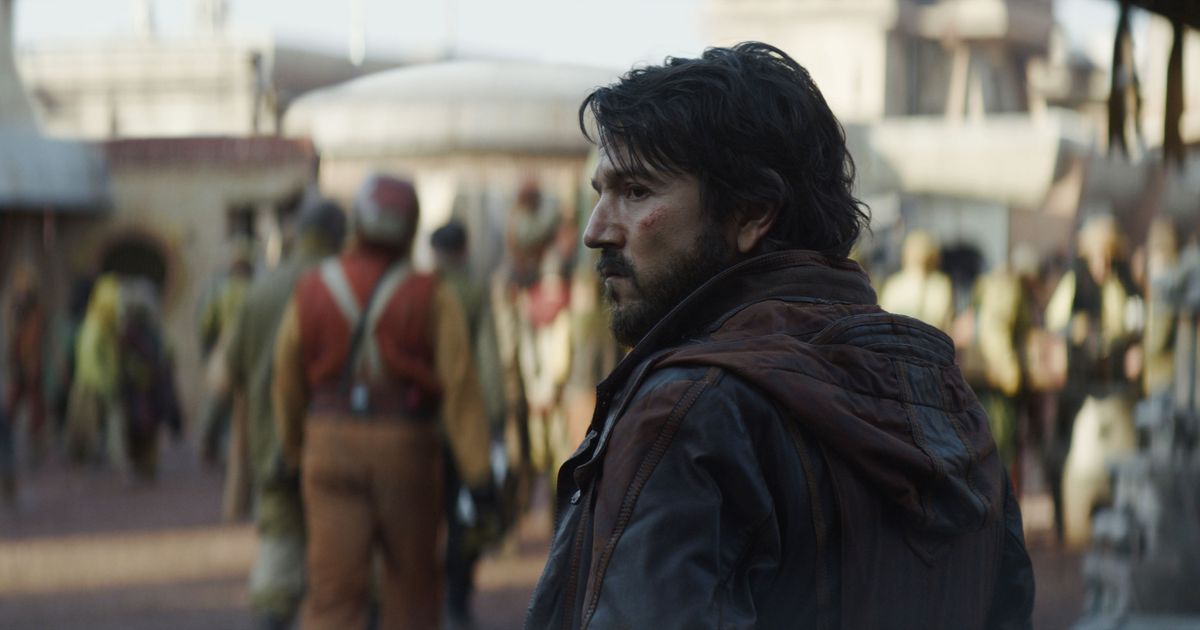 Andor Is the Cure for Star Wars Ennui

Andor Is the Cure for Star Wars Ennui

Diego Luna’s Cassian Andor gets a certain look when he’s angry: a set-jaw, furrowed-brow glare that is simultaneously resentful, accusatory, and pitiless. He slips into that expression more than once in the first four episodes of Andor, and series creator and showrunner Tony Gilroy, who co-wrote Rogue One: A Star Wars Story (the film that introduced Cassian and of which Andor is a prequel), frames it in a variety of ways. In close-up or mid-range profile, under a hood, in shadow, during a shoot-out: Anything that conditions cause or encompass that response from Luna’s Cassian, he and Gilroy ensure that it feels like a promise. Star Wars hasn’t felt dangerous in a long time, but when Andor focuses on that face and all that it suggests? The “pockets of fomenting” that Empire-affiliated villain worries are spreading across the galaxy suddenly have recognizable potency, and the thrillingly realized Andor immerses us in that early agitation through Luna’s mercurial visage.

Working backward has not entirely worked in Star Wars’ favor recently. A pivot into spinoffs with predetermined endpoints has led to a frustrating feeling of narrative tedium (Obi-Wan Kenobi, The Book of Boba Fett) and, similar to the film series that enlivened them, an over-dependence on the Skywalker name (The Mandalorian). Where’s the strain when you know that neither Princess Leia nor Obi-Wan is in any genuine peril? Where’s the heft when Boba Fett’s power struggle with a criminal gang feels so weightless? Where’s the singularity when The Mandalorian betrays its own individual potential by bringing in a CGI Luke? Meanwhile, back in the universe of the films, a certain subset of the fault-finding Star Wars faithful will insist that Rogue One is only popular because it’s the choice for franchise fans who subconsciously hate themselves for liking a pop-culture property intended for children. That attitude has led these fans to embrace the film despite its sloppy script and frenetic pacing, these pontificators say because its gritty action sequences and themes of betrayal and sacrifice feel more adult. 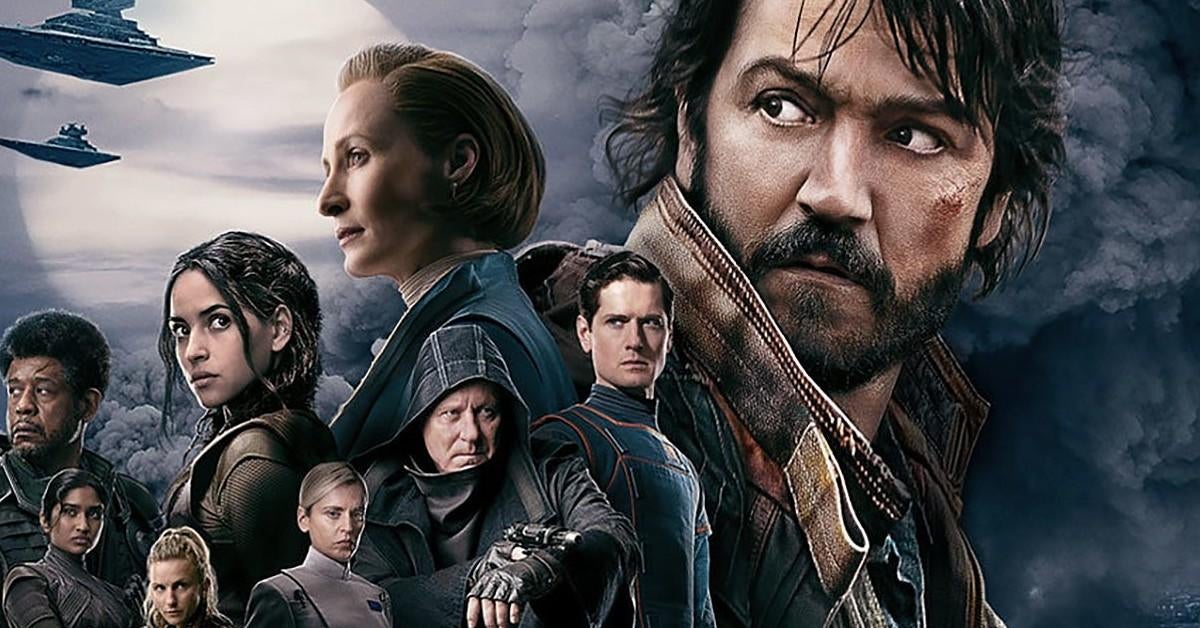 In that judgment, though, they’re unintentionally right: Rogue One’s impact stemmed from how it reminded viewers of the evil of the Empire as an institution outside of Jedi-chasing. (Remember how everyone died at the end? It got bleak!) The Empire’s corruption and greed, its resource-stripping and dehumanization of worlds and peoples it deemed lesser-than — those qualities make it a threat to so many millions more than just those who use the Force. In centering that element of the Empire and those motivated to work for and against it, Andor opens an abundance of story opportunities for the world envisioned in Rebel One and conveys them with deliberate world-building, convincing person connections, and gorgeous cinematography that proves that breaking away from the Volume video wall, with which the other Star Wars series are filmed, was the right choice.

Gilroy and his collaborators have basically made a version of Michael Clayton in space, slotting Cassian into George Clooney’s fixer type — someone whose inspiration transforms from personal survival to principled resistance — and the Empire into the role of a wealthy, lazy, and smug corporation pleased with its own ability to stamp out dissent. The allies who work with the former are creative, ruthless, and working-class: mechanics, junkyard foragers, exiles, and offspring of deserted industry towns who coordinate organizations of resistance. The reprobates who work with the last option are center directors, overseers, and cops: supervisors who fret over whether the sectors and planets they control are meeting their arrest quotas and contractor security guards who yearn to be real Empire.

There has always been a demarcation between the haves and have-nots in Star Wars, but too often of late, that differentiating point has been the Force. Andor drags attention back to a simple but effective notion of power in all of its forms (occupation and colonialism, the illusion of democracy, and the capitulation to private industry), then weaves a web of characters who inject shades of gray into these binaries. “Special people are hard to find,” Stellan Skarsgård’s Lutheran Rael tells Cassian in his recruitment pitch, but Andor, like Rogue One, actively rejects a “one hero to save us all” approach. Specialness isn’t what’s needed most by the rebellion. It needs willfulness and willingness, and anyone, special or not, can have that.

Premiering September 21 on Disney+ with three episodes that essentially combine into an extra-long pilot, Andor will run for two 12-episode seasons with an array of time jumps built in. The first season will cover a year, while the second season will cover an additional four years; each three-episode block is helmed by one director to build cohesion. That structure allows Gilroy and director Toby Haynes to set an initial sense of scale and scope before other writers (like Tony’s brother Dan) and directors (such as Susanna White) pick up where they left off. They lead us into Andor primarily through contrast. The verdant jungle planet of Kenari, flashbacks to which show Cassian’s Monos-like childhood, is oppositional to the Domain’s clean Supreme Security Department central command, which is all glimmering glass and shades of white. The purposeful way Lutheran camouflages himself while slipping once more into his life on Coruscant is in conflict with the rashness of aggressive baddie Syril Karn (Kyle Soller), whose resentment against Cassian turns him crazy. What’s more, the series’ most memorable scene, which summons Sharp edge Sprinter and Intensity by opening with Cassian looking for somebody in a massage parlor and finishing in a twofold homicide, is so comparatively spicy for this universe that it instantly signals Andor’s intentions. Lives have been lost and will continue to be lost because war isn’t on the horizon, it’s already here. None of this is exactly subtle, but that doesn’t mean it’s ineffective. Luna was a scene-stealer in Rogue One and is mesmeric here in a role that requires Cassian to, at first, be a bit of a deadbeat — borrowing money from his friends and never paying them back; causing friction in the relationship between his ex-girlfriend Bix (Adria Arjona) and her new beau, Timm (James McArdle); and worrying his adoptive mother, Marva (Fiona Shaw), and droid B2EMO (built by Star Wars designer Neal Scanlan). The venom he imbues into anti-Empire dialogue — “They’re so fat and satisfied, they can’t imagine … that someone like me would ever get inside their house” — is thrilling, but so is how Andor swerves by refusing to make Cassian blandly noble. In Luna’s accomplished hands, he’s pricklier and more nuanced than that, and Andor gives the character space to expand who he can be while peering into his past, sketching out his present, and laying down a path for how he becomes the cunning spy of Rogue One. In taking time to grow its central character, Andor unveils an ensemble with characters who drive a number of intriguing subplots — in particular, Genevieve O’Reilly’s resistance-aligned Senator Mon Mothma and Faye Marsay as a rebel leader unsure of Cassian’s trustworthiness.

The people who have seen Maverick One expertise a piece of this story closes, and Andor doesn’t depend on us failing to remember that; it recognizes Cassian’s destiny with a line so conspicuous that it couldn’t qualify as a Hidden little goody. In any case, Andor is better for that gruffness — and for the unashamed way, it dismisses the nostalgic apathy that has for such a long time characterized this establishment. In Gilroy’s Michael Clayton, Clooney’s protagonist demanded, “I’m not the enemy,” to Tom Wilkinson’s Arthur, who blew up his whole world by wondering, “Then who are you?” Andor brings that same question to Star Wars, and the interiority and self-reflection it demands have created the most challenging and invigorating work in this galaxy in years.